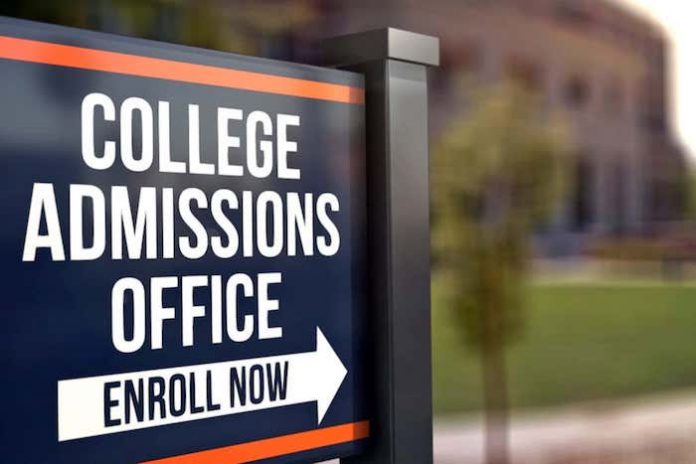 By Greg Palast for Tikkun Magazine

Actress Felicity Huffman could be reading this from prison.  Huffman got 14 days for paying some smart dude to take her daughter’s SAT.

There are others facing prison for paying backhanders to soccer coaches and hiring SAT shills to get their kids into Ivy.  One Chinese family paid $6.5 million to a fixer to get their scion into Stanford.

Foolish parents, That’s not how you do it. Bribes and fraud are risky business.

Here’s how you do it. How you put in the fix legally. How I did it.

We (my twins’ mom and I) started early.

Since age 11, my daughter wanted to be filmmaker.  Problem:  she was illiterate.  “Dyslexic” was the diagnosis.

So we sent her to a private school, the best; De Niro sent his kid there too. The tuition–$50,000+ a year.  I didn’t have $50K, but I had $5K to pay for expert doctors and a lawyer.  Armed with the expensive doctor’s report, our lawyer successfully sued the City of New York to pay the total tuition for the swish private academy.

And along the way to her preferred film school, besides the private school, there were the private media classes at a local university; time editing with her filmmaker father; then a summer workshop at the university film school where she hoped for admission.

The expensive summer program got her noticed, and she was offered early admission and a scholarship.  Then her mom and I hired the SAT tutors so my daughter could make the minimum score to collect the scholarship.

Maybe you’re thinking, but that’s what parents do.  Parents who love their kids, want the best, want to help them.

That’s what parents do — for kids that have parents. And parents who know how the system works, know how to build the SAT scores, how to help them fill out the college applications.

There are a million students in the New York school system.  Thousands have learning disabilities. But only a few parents know the law and lawyers to get their kids into private schools with public money; know to test their kid for dyslexia. Others, whose daddies don’t have the income, if they have a daddy, are S.O.L.

Then there’s her twin brother. My son had his heart set on a certain top-tier college.  But his test scores sucked and his grades kinda sucked too.  So, as with his sister, we shipped my fortunate son to the university’s excellent (i.e. expensive) summer workshop for high schoolers.  There, the college, impressed, said they’d ignore his test scores if he could produce a college-level research paper.

It took him a year of nose-to-the-grindstone, but he finished a truly top-tier research paper.  Kinda.  He wrote all the words.  But every single syllable, statistical chart and footnote was guided, carefully, artfully, by an award-winning author.  Let’s just use his code name:  “Dad.”  My son got in.

Why in the world am I telling you this?  Aren’t these family secrets?  Not at all.  My wife and I didn’t invent White Privilege.

Now, what we call White Privilege has little do with skin color.  Most white working-class kids have no clue and no access to these privileges—I didn’t.  My dad didn’t graduate high school and my parents didn’t know the SAT from sliced salami.

I wanted my own kids to have every privilege I didn’t have.  That’s not a crime, at least, not the crime of those parents who did it the lazy way, just by writing checks.

But what I did was not without victims.  What I did meant that a kid who awkwardly filled out their own college application, who didn’t have a clue about the submission date for the scholarships, the campus tours, whose parents or parent lacked the juice for the tutors, French lessons in France, the made-for-applications extracurricular activities, the kid who went to a school like mine, next to the city dump — that child got in to a lesser school, or no school.

At my twins’ graduations this year were the uninvited ghosts of those who could have, should have, been admitted to their schools, but were crowded out by the privileged winners of the game.

This system sucks. It starts with our mad method of funding schools with local property taxes, an effective weapon of class war used by the rich to protect their progeny from the onslaught of the un-moneyed masses. Consider Compton City, which is just a 33-minute car-ride away from Beverly Hills. Beverly Hills’ public schools spend $15,886 per student, Compton just $10,237 (and Compton’s property tax rate is far higher than Beverly Hills’).

In 1999, the Guardian published my investigation of how George Bush the Elder used his influence to get son George W. Bush into a rare Texas Air Guard pilot’s post—allowing him to dodge the Viet Nam draft.  The public was incensed at this vile abuse of power.

But no one seemed fussed that Bush waltzed into Yale despite an SAT score 180 points below the school’s average.  (Could Prescott Bush, as in “Prescott Bush Wing of the Yale Library” have helped out?)  Dubya was in the bottom fifth of his class at Yale, yet won a spot at Harvard Business School.

That the privileged have their privileges is accepted because we in the Upper Middle Class have figured out how to play the game in our own Upper Middle way, beginning with private schools or school districts as exclusive as private schools with Advanced Placement classes galore for our “gifted” children.

Let’s talk about “Advanced Placement” classes.  In progressive California, the University of California has adopted a strict grade-point minimum, blind to race and income. Well, not quite. Just putting your butt into a Advanced Placement class seat and scooting by with a ‘C’ will earn you, automatically, a full extra point in the grade-point race.

In the mostly Chicano high school I went to, the one next to the LA City Dump, boys were required to take metal shop and blueprint drafting.  We had just one stinking AP class—while the West Hollywood schools had dozens of AP classes plus access to UCLA — also earning an extra point to beat us with.

And then, there’s the “IEP.” As in Individual Education Program, created with the best of intentions in US Code Chapter 33, the Individuals with Disabilities Education Act.

My daughter was given an IEP which allowed her take twice the normal time to complete the SAT—and to have the questions read out loud to her.

Savvy upper income parents and their schools have weaponized the IEP to great advantage.  A California State Auditor investigation found that richer kids (family incomes greater than $100,000/year) were about five times as likely as poor kids (incomes below $30,000) to get IEP “accommodations” to have more time to take the SAT.

California’s case by case audit found about one in five of the privileged students’ IEPs were faked, they didn’t deserve the extra time.  Two of the naughtiest school districts in the state for using and abusing the gift of extra test time were, ahem, Palo Alto (serving Stanford kids) and Beverly Hills.

The real crime is not that the privileged kids get these advantages but that well over 100,000 deserving low-income students in California do not.

The Wall Street Journal followed up with a nationwide study of the 2015-16 school year that found that students at wealthier schools were 263% more likely to get extra time to take the SAT than students at poor schools.

So, to even things up, we can kill the rich — or we can give more opportunity to the kids next to the city dump.

I confess to putting in the fix for my kids.  But what should I have done as a parent?  Let my daughter drown in her dyslexia?  Not seize opportunities for my son?  What would you have done?

But because no good deed goes unpunished, the story can’t end here.

This is where I get uncomfortably personal.  But I’ll bet I’m not the only parent with these thoughts.

The twins graduated from their grand schools this year. And I couldn’t help but think, with a shiver, of what Ann Richards said of George Bush:  “He was born on third base and thought he hit a triple.”

Honestly, I can’t say my twins evidence an excess of gratitude and, I fear, they’re a little … fragile.  What did I expect?  I slayed all dragons in their way, cleared the boulders from their path.

What if I’d done it differently?

I have a hint in my new Assistant Producer. Jevin, who is just two years older than my twins, didn’t have a lot of help from his mom.  But understand, she had Jevin when she was just 14 years old.

Several of Jevin’s 17 brothers and sisters have learning disabilities—including one with Multiple Sclerosis.  None have had an IEP.  Jevin’s mom didn’t have a clue about IEPs nor have any specialist doctors on retainer to lock one in.

Like my son, Jevin has a degree in African-American studies.  But Jevin’s “university” is called “Dayton, Ohio,” and simply graduating alive was no small accomplishment. I won’t tell you any more of Jevin Lamar’s story—he must himself.  And when he does, in his music and writing and film, he will wake and shake this nation.

I watch Jevin climbing a ladder he built himself – while he survives with side hustles like Uber jockey and bar bouncer.

I ask myself, in trying to help my kids, did I teach them helplessness?

And I can’t stop my bad habits.  I set my daughter up to work with an Academy Award-winning director. But my daughter said, “I won’t take a job arranged by my dad.”  Well, Good for her!

I remember, when my son was just learning to walk, he would say, “Sonny fall, mommy catch him.”

And it never stopped.  We gave him help in getting into the right high school, and help with homework and papers; and we were right there in the principal’s office if any teacher gave him grief.

So now what?  What can I do to correct the damage of overprotection gone wild?

To my cherished graduates:  I will give you the gift I never gave you before: nothing.  Now, when you fall, mommy and I won’t catch you.

And if you can’t get up, it’s fair for you to blame me.

But one day, I hope you will forgive my confused desire to fix it all for you. My plea is no different from Ms. Huffman’s to the sentencing judge:  I was a parent with no intent but love, who tried too hard to be a parent.

Greg Palast, a Puffin Foundation fellow in investigative reporting, is the author of the New York Times bestsellers, Billionaires & Ballot Bandits and The Best Democracy Money Can Buy.  His investigative reports can be seen on BBC Television Newsnight.

How To Launch A Business From Your College Dorm Room

ABOUT US
Higher Edition is a leading online publication that helps parents make better and informed decisions for their children as they head off to college.
Contact us: daniel@higheredition.com
FOLLOW US
© 2022 Higher Edition